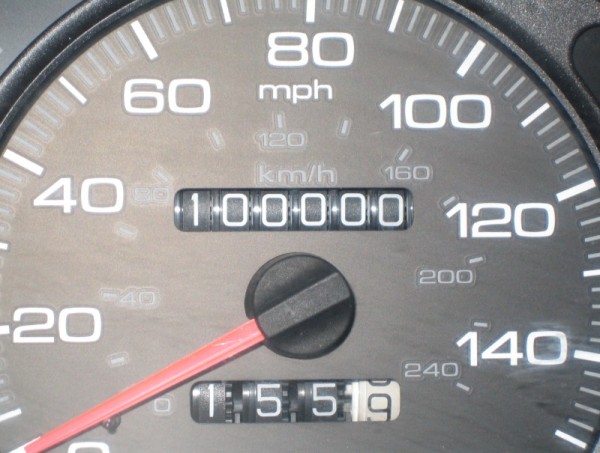 Hard to believe, but if you’ll look over at the counter to the right, you’ll see that this blog is approaching the 100,000 mark.  That’s pretty amazing, considering the subject matter and the amount of effort that has gone into advertising the place (read: zero).

I hope that as we get close to that landmark number of hits, that folks will remind themselves of the purpose of this blog – to discuss a certain teaching within a certain branch of the Christian faith – the hyperconservatives in the churches of Christ.  We’re not a place for bashing or personal digs (although it has happened here in the past) – we’re a place for discussion, and hopefully for enlightenment.

But mostly, this place should be a place where we celebrate God as He has revealed Himself in the writings of the Old and New Testaments – Father, Son, and Holy Spirit.  That could happen a LOT more here.  Remember, we all claim to be followers of the same God, and so even if we have BIG disagreements, we should let that commonality bring us unity, and should affect the way we communicate to each other.

A Note to Visitors

• Please share your comments! However, if you contribute a comment and it doesn't show for a day or two, just be patient. We have lives outside of this blog, and all comments must be approved • Civility is considered a higher good than First Amendment rights here. Incivility will be uncivilly suppressed • Cite sources when quoting large amounts of material. Cut and paste paragraphs where sources are not cited will not be approved. Please give credit where credit is due • Use ALL CAPS sparingly. Over the top ALL CAP comments will not be approved - no matter if you are here as friend or foe • Thanks, and we hope that you enjoy your stay at our little corner of the blogosphere.

The Truth According to a Hyperconservative

“we are here to defeat destroy you and uplift truth” said to those he considers unbelievers (including other Christians) on this blog on June 10, 2008.

The Roman Road to Salvation

"A Word from the Lord" "What does the Bible say?" Answering James Oldfield Answering Johnny Robertson Answering Norm Fields Baptism Bible QnA Church of Christ Danville Church of Christ Debate denomination denominationalism denominations I agree! James Oldfield Jason Hairston Johnny Robertson Martinsville Martinsville, Church of Christ, Henry County martinsville church of christ Mechanical Instruments in Worship Misc Musical Instruments in Worship Norm Fields Planning on Calling their Show? Questions for Church of Christ Star 39 The Lord's Supper Uncategorized Unity
DISCLAIMER: The views expressed in the comment sections of this blog do not necessarily represent the views of those who moderate the blog. Those who moderate this blog will not be held responsible in any way for the writings, opinions, points of view, offensive language, or other content furnished by other authors, including but not limited to those “commenting” authors who choose to leave such content in the comments sections of articles and posts to this blog. The person leaving the comment is solely responsible for any writings and content contained in those comments.